Welcome to Barza discussions. We are looking forward to shared experiences. Please take part in the icebreaker activity.

hello every one. my name is Hassan Mugabe am a broadcaster from voice of kamwenge radio 87.9fm
we are based in kamwenge district,uganda eastafrica and and i do farmers voice programme every monday from 8-10pm.its a pleasure interructing with fellow broadcasters here.

my name is Joshua Kakooza abroadcaster and manager of a private owned radio station called Liberty broadcasting services 89.0fm located in Hoima district-Uganda.I do a farmer program as well as other radio duties.And i have served this station for eight years and this is my ninth year.
Am highly interested in adding my voice on this platform including experience sharing from other colleagues.
Thanks

Welcome to Barza discussions, we are pleased to have you here. You are both from Uganda but from different kinds of radio stations… It would be interesting to hear how different are your stations in terms of content production.

Thank you Hassan fr your picture in the studio, We are still waiting for yours Josh, in your working environment

That is me @Busi_Ngcebetsha. I’ve been a journalist for four solid years now.
If there is any other info, I need to add.

Sorry, I am having a problem uploading a pic. I will keep trying.

Sorry, I am having a problem uploading a pic. I will keep trying.

To upload you ciick on the upload icon, it is icon no 6 from the left when you click on reply. The sign with the arrow facing upward.

Good luck with that

Thanks for the tip but, I have tried even dragging the image like the hint says.
Uploads up to a certain percentage then it automatically cancels all over sudden.

maybe it is a network issue, keeo trying anyway.

Try to resize the pic, to be a bit smaller

Good morning from Abuja Nigeria,
My name is Alu Azege. I am a broadcast journalist of 10years but 2years as a multimedia specialist. I also do development communications for different bodies.
It is good to see everyone on board and I looking forward to a robust meeting as it is the culture of barza radio!
I love the opportunity you always give us.

I come from Benue where we are christened THE FOOD BASKET OF THE NATION. I believe the media has a huge role to play for Agriculture in my state, my country, the continent as much as the world. 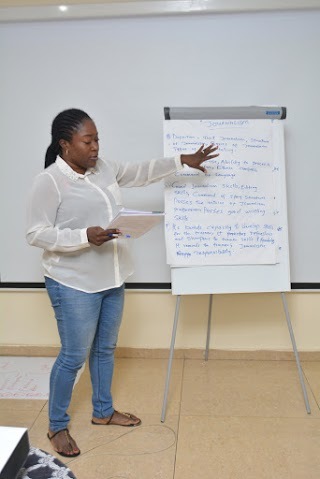 Did I add I am a journalist trainer? So my team learns as much as much as i learn from this fora, always.

Welcome to Barza discussions. We are happy to have you in this platform. Thanks for the introduction and the photo that goes with it. We can see you facilitating a workshop.

Please make time to take part in the icebreaker activity and next week we will get into the discussions about interactive radio.

My name is Monica and I am from Malawi. I produce and present agricultural radio programme. The programmes are produced at Agricultural Communication Branch

Welcome to the discussions about interactive radio. Which radio station in Malawi you work for? Can you tell us more and send a picture of yourself in the studio?

Well well Busi_Ngcebetsha and all,

Good afternoon from Voice of Kigezi in Kabale,Uganda.

Kabale is located in south western Uganda,East Africa and is a land of many hills.

Her people mostly engage in crop farming as economic activity.

They are famous for being hard workers and have tilled their hilly land for many generations.

At voice of Kigezi we broadcast Agribusiness programs tailored to benefit those hard working farmers.

The Programs have enjoyed support from Farm Radio International and its partner organisations for a while now.

Think i got issues uploading my work environment pic,may have put up none or one too many. am still struggling with this Barza thing…is it app?

Hello Colleagues,
I am Excello Zidana working in the Department of Agriculture Extension Services (DAES) in the Ministry of Agriculture Irrigation and Water Development in Malawi. I am a Radio programs Officer responsible for Agriculture Radio programs. I produce and narrate radio programs. Programs which we produce include Ulimi Walero (Modern Farming) on Malawi Broadcasting Corporation (MBC) and Mlimi Wamakono (21st Century Farmer) featured on private station Zodiak Broadcasting Station (ZBS). Our target is the farming community especially smallholder farmers and all stakeholders in agriculture sector.
Our programs are all in vernacular (Chichewa) because almost all our listeners speak this language.
Currently the talk is on Fall Armyworm which has affected maize crop this year. I hope we will take time in this discussion to talk about this pest which is new to this region.
Thank you good people.
Excello

Here I am finally as I have been trying to login.
My name is Lydia Ajono,the Executive director of Gurune Community Broadcasting Service the community media company operating Radio Gurune 99.3FM in Bolgatanga. Upper East Ghana.
Apart from overseeing to the general operational needs of the station, I train the volunteers, News writers and Presenters. Continuity Announcers and also facilitate action research programme production for our partners.
I am also support our network being the Ghana community radio Network in training.
I bring to this e-discussions some experiences of reporting on farmers issues , health,women and children etc and writing of radio scripts on specific topics that help other broadcasters to do further research to produce farmers radio programmes.
I hope to learn new ideas and skills that will help me also continue to write on innovative farmers issues
Thank you for your time
Lydia

This is how you upload or attach a picture 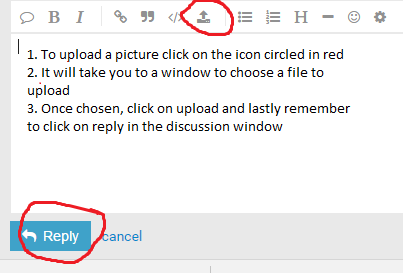